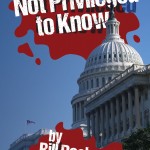 Are these acts related? Detective Wu of the Metro Police believes so, but his investigation is summarily closed by his superiors.

His only recourse lies outside the law…in Corinne Day, the twin sister of the murdered PI, a woman he suspects is involved up to her pretty little neck in all these events… especially when she storms into town on the arm of the head of the New York mob…but can he enlist her aid, trust her, guide her, and keep her alive long enough to crack the case? He hopes so…for both their sakes.

One problem: Corinne is not sure she’s up to the task. As the attempts on her life increase, and it becomes apparent that there is more to her sister’s murder than meets the eye, she must muster her inner strength, press ahead, or become a victim herself.

Say to wisdom, ‘You are my sister!’
Call Understanding, Friend.
Proverbs 7:4

“Be careful what you wish for,
you may receive it.”
Harpers Monthly
W.W. Jacobs

As Detective Hank Wu mulled over the four unsolved murders jamming his caseload, his troubled expression grew. All had occurred within the last five days. Were they related? He didn’t know. He had no suspects, and few clues. Worse, instinct told him he hadn’t seen the last of the violence.

Paul stared at the phone. “I can’t believe it. Of all the sister acts in town, I had to become involved with psychically connected twins…and I had to end up with the one with all the psychologic hang-ups who can’t even treat herself…great with psycho patients, but her own problems…they’re a total mystery to her. I must be as crazy as she is to stick with her.” He sighed again, and dialed his contact in Washington. “I’m afraid I have another job for you, Kevin.”

Washington D.C.
Senator Richard Edmond’s speech outlining his vision of the future had attracted the attention of many supporters, and one scheming, bloodthirsty dissident. The roar of the crowd drowned his final, “Thank you, and good night.” The senator, surrounded by his bodyguards, forced his way through the crowd, stopping at every opportunity to shake an outstretched hand. He burst from the building and into a crowd of thrilled, cheering supporters. He waved in every direction, ensuring that even distant followers would receive his appreciation.
Senator Edmond grinned. These pre-campaign rallies had jump-started his Presidential run more successful than he had imagined. His goal drew nearer with each passing moment.
He knew he had the support of many in power in his political party. However, the road to the White House would not be without obstacles. His major opposition would come from another high-ranking senator, Frank Stern. Senator Stern also had loyal supporters, and rich financial backers. More than that, he boasted as good a political record as his own. Political surveyors had already picked Senator Stern as the leading candidate in the upcoming race. Senator Edmond hoped to change that opinion with these rallies.
On a rooftop across the street, breathing shallow and slow to steady his aim, an assassin searched the crowd through the telescopic sight of his rifle, determined to end Senator Edmond’s campaign before it had begun in earnest. The assassin watched the senator offer another wave before the jubilant crowd, and then squeezed the trigger.
Senator Edmond’s head slumped forward, his mouth opening wide with the bullet’s impact. Blood burst from the wound as the second bullet struck above his right eye. The senator’s limp body fell into the arms of his wife who screamed, and collapsed under his weight. Several supporters tried to shield the senator from further assault by throwing their bodies over his. Others, terrified of being shot, ran for cover.
Two of the senator’s bodyguards, guns drawn, rushed the building that housed the shooter, as the figure on its roof withdrew from sight. By the time they charged onto the roof, the shooter had disappeared. Looking down, the bodyguards mournfully watched as ambulance attendants rushed their lifeless Presidential candidate away from the scene.
##################################################
To order Not Privileged to Know: Paperback Edition:  $11.00

To order Not Privileged to Know: Kindle Edition: 0.99

To order Not Privileged to Know: KOBO Edition: $4.99

One thought on “NOT PRIVILEGED TO KNOW”